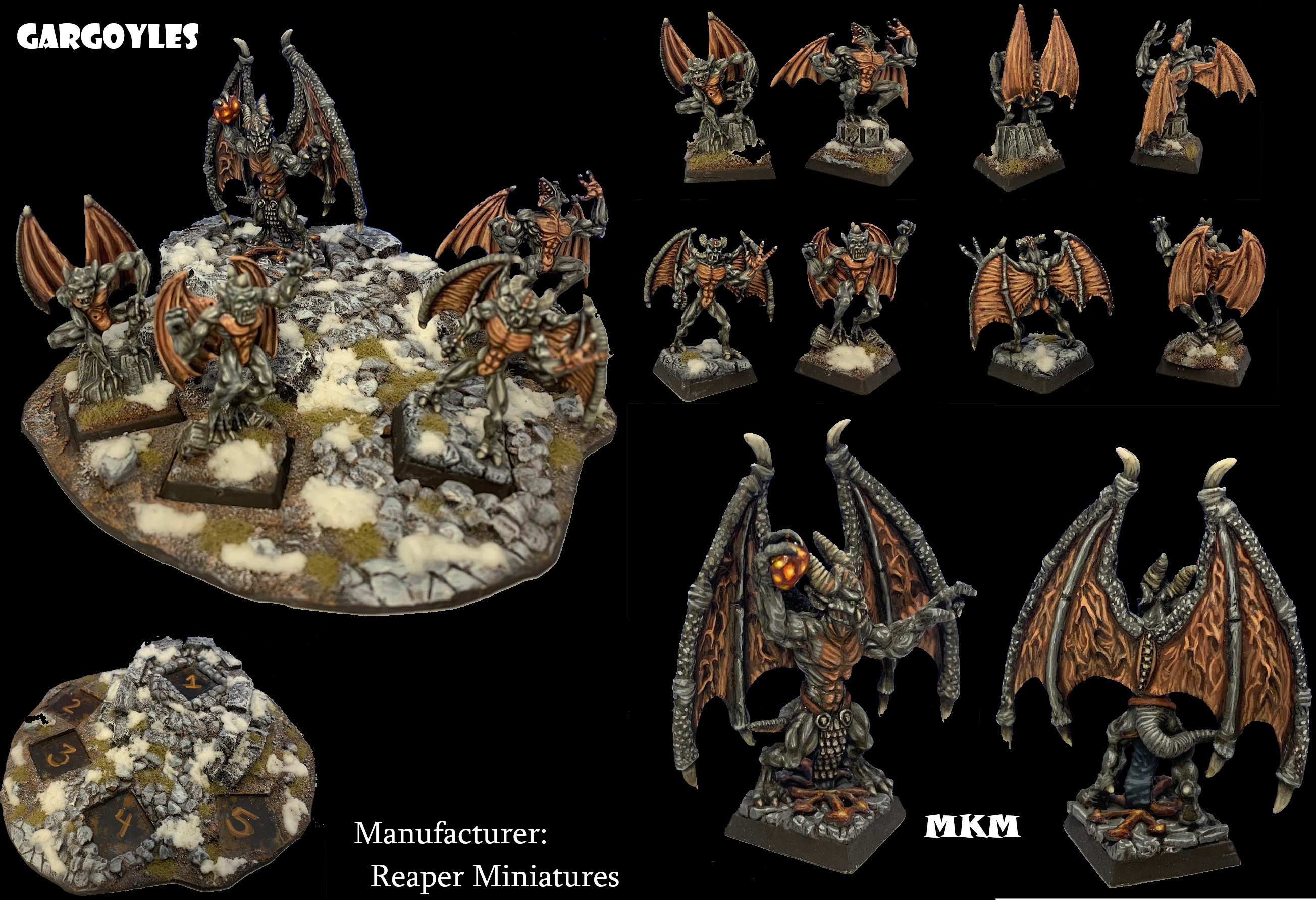 THE GARGOYLES
The Gargoyles are the gate keepers of the Court of the Covenant, and take their commands and orders from the Lord of the Abyst. In their incorporeal form, in which they exist while at court, they appear as nightmares, as monsters and creatures that will drive any person mad if seen. It is not uncommon for these Demons to venture into the mortal realm, where they inhabit the statues and stone creatures that adorn the towers and churches of the Old World. Often times these stone creatures will awaken to swoop into a town, each gargoyle having its own motive for doing so. Every gargoyle has its own needs; some require blood to sustain the physical form, others the lives of innocent children, and others the simple terror and fear caused when they arrive. Whatever the need, the gargoyles are normally solitary creatures who visit the mortal world only to fulfill these needs. The last time that the Gargoyles were brought into the physical form in force was during the Great Cataclysm, which changed the world beyond repair. Recently, Abyst has recalled many of the Gargoyles from their excursions, gathering together for something even they are not aware of.